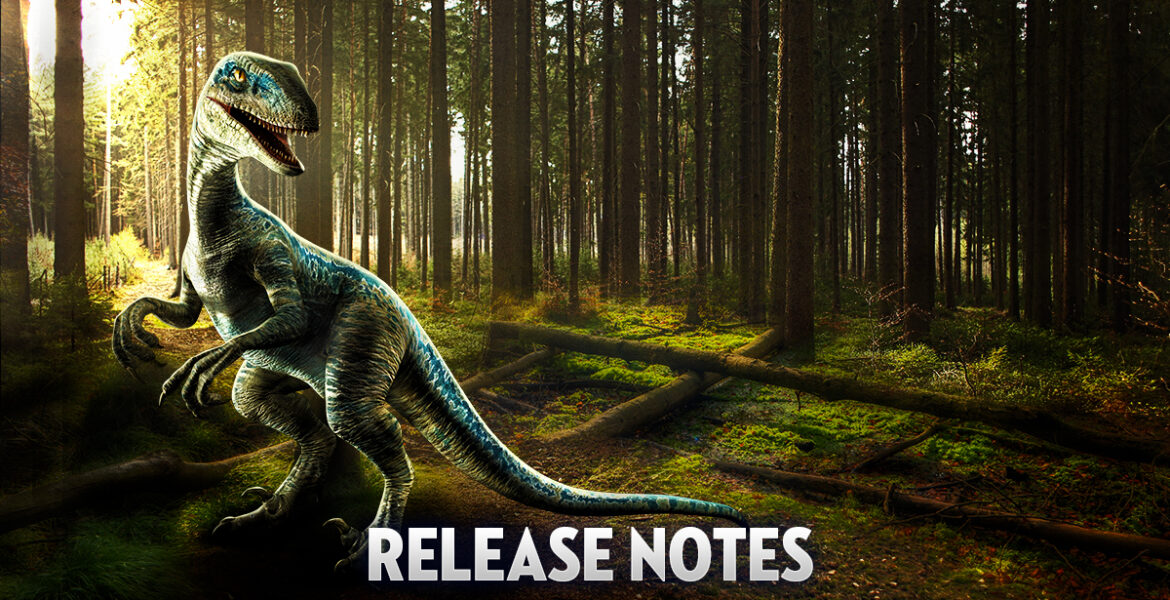 Update 62 is now available on your respective app store!
Here’s what you can expect in this update:

The Creation Lab menu has been revamped! This will help players easily access their creatures that are ready to evolve as well as any available hybrid fusions. You can also unlock another canister to evolve or fuse an additional Creature!

tab displays all the Creatures that are ready to evolve, while the

tabs display all the Hybrids and Super-Hybrids that you can fuse.

You can also quickly feed your Creatures via the Creation Lab menu in the event that they do not have the required level to evolve or fuse. Please note that the Creatures must have the same evolution.

New dinosaurs have been added to the game and will be revealed in the future! There’s a particular creature patiently waiting in its enclosure. Can you guess who it is?

A new Boss Event has been added to the game, and will be revealed in the future!

Next
End of Support for Android 5.0/iOS 11 and Below
Follow us: